There are two exhibition rooms in the main building (main gate) of Nihon Minka-en, where you can learn the basics about folk houses. Multi-media display is used to explain how the folk houses were designed and built, and illustrate the life style of the people who lived in them. Please take a look before or after visiting the folk houses.
* You can re-enter the museum on the same day, so you can visit the exhibition rooms again after exiting from the rear gate or west gate. 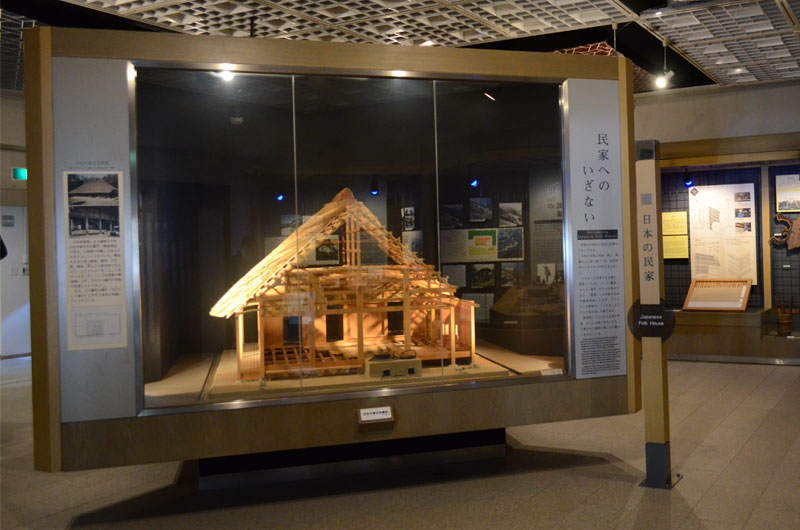 Folk houses are dwellings with traditional form for the general public. Japanese folk houses have a variety of characteristics distinctive to the climate, natural features or social structures of their region of origin.

We look at these houses with three points of view; the arrangements of the rooms (floor plans), structures and designs. ‘Floor plans’ (madori in Japanese) directly reflected the way people lived, ‘structures’ (tsukuri) were frameworks, and ‘designs’ (katachi) were figures produced by them. Japanese folk houses were designed to be of practical use. We can find abundant beauty in the buildings, which have been maintained for hundreds of years. 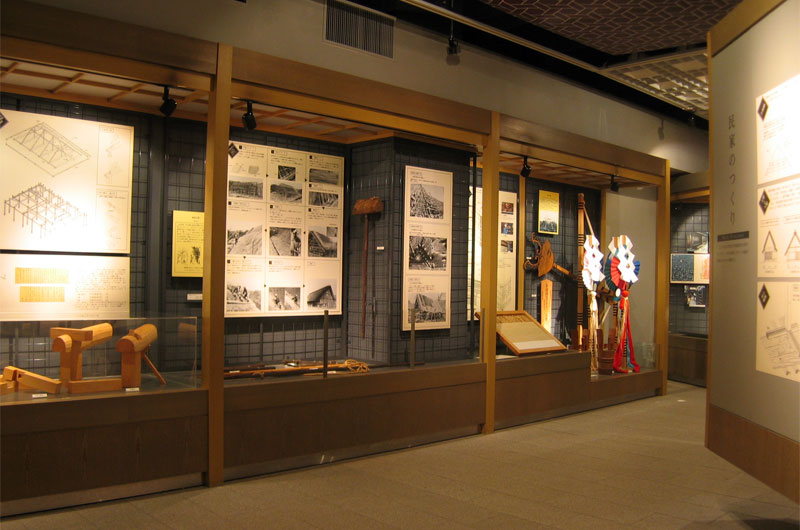 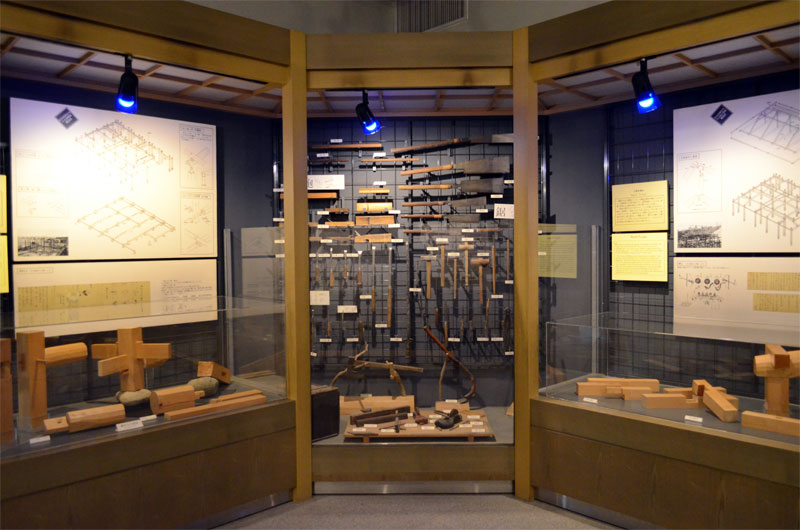 The constructions of folk houses in modern times were generally called ‘Fushin’ ; the building of new houses, and also the extending, rebuilding, and re-roofing (re-thatching) of old houses were known as ‘Fushin’, (literally communal efforts). Here the work by professional craftsmen and the work of mutual aid by the residents of the village met.

For example, people gathered bringing materials and articles, and took part in the work of re-roofing.

At ‘Fushin’, people built a house and enjoyed the cooperation of the whole village, so it was a people’s association.

The origin of the word ‘Fushin’ is Buddhist, meaning “to request an act of charity far and wide” and also “Zen trainee monks work all together”.

Houses on the Plains

Farming villages on the plains are roughly divided into two types, ‘sansongata’(sparse) and ‘shusongata’(clustered). In a ‘sanson’ type village, houses lie scattered about, while houses are clustered together in a ‘shuson’ type village.

Many villages of ‘sanson’ type had windbreak forests planted around the houses, in order to fix the boundary line and to protect the houses from strong winds. Windbreaks grew in the areas of San-in, Hokuriku, and Kanto-Plain in relation to seasonal winds. On the other hand, ‘shuson’ type houses were enclosed with earthen walls, hedges, or bamboo clumps. Sometimes an entire house was surrounded with an annex building. Otherwise, a whole village was sometimes surrounded with a trench. People thought up various kinds of facilities to protect the folk houses from nature or unwelcome intruders.